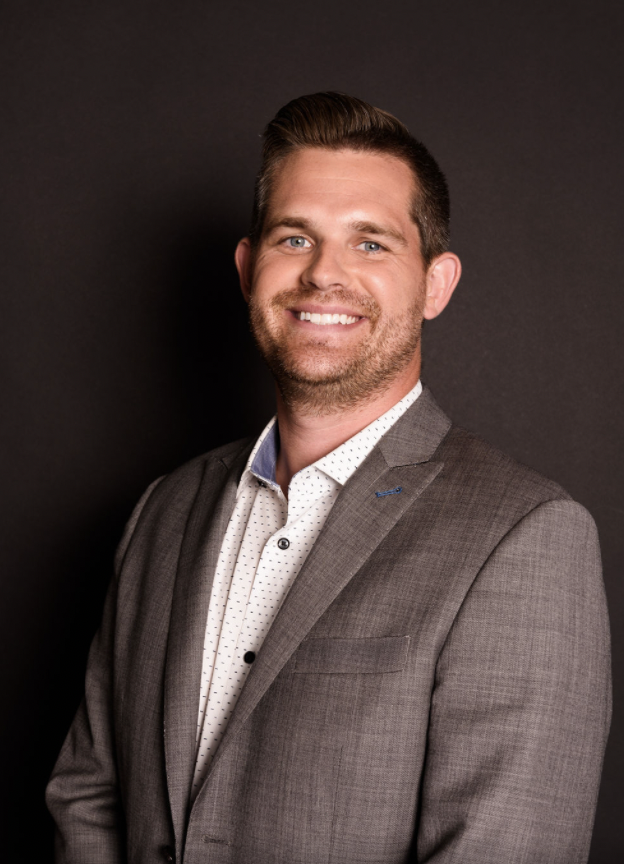 GR0 co-founder and CEO Kevin Miller is more than a seasoned entrepreneur — he’s a hard worker who lives and breathes startup culture and works every day to help fellow underdogs. His top priority is to help pay his success forward, investing in and enabling small companies to grow and find the good fortune that he has.

Kevin grew up just about as far as he could from the technology capital of the United States. Though he would later come to love Silicon Valley, he started on the east coast of Florida in Ormond Beach, just north of Daytona.
‍
He never let his humble beginnings hold him back, and with hard work and effort he would eventually move to Washington, D.C., where he studied at Georgetown University’s McDonough School of Business.
‍
He made his transition from the sandy beaches to the nation's capital in 2009, and earned a Bachelor’s in Business, Management, Marketing, and Related Support Services in 2013. From there, he had his eye on the prize. With a degree in hand, Miller ventured away from everything he knew and found himself in a land of technological opportunity: San Francisco.

From Big Names to Startups, He’s Done It All

Upon landing in Silicon Valley, Kevin immersed himself in the world of startups, working with the small, scrappy companies he’d always admired. He fell in love with the driven, personal environments where he could more directly see his impact on the company.
‍
Still, it was a challenging time in his life, and while it helped Kevin learn and improve himself, it didn’t always lead to success. He would transition through several companies in just a few years, as organizations struggled to secure funding or launch products. It was rewarding, but it certainly wasn’t easy, and it often left him wanting more. Eventually, he would turn toward a company that held some of the innovative culture he loved, but also was of a larger scale.
‍
In an effort to further himself professionally and establish a career, Kevin turned to one of the biggest software and technology companies in the world: Google. While it wasn’t quite the office environment he’d become comfortable in, Kevin succeeded in sales and marketing within the company, helping small and medium businesses utilize Google’s advertising services.
‍
After his first year, he was promoted to a digital marketing account executive, working with Google’s full collection of advertising products and delivering sizable results for his clients. With his new position, Kevin was able to find financial and career stability, which would help facilitate his next big career move.

From Google, he was able to transition back to the startup world by taking a director of growth position with Spire. Kevin found that the most lucrative and exciting marketing opportunities were found in another Californian city, so he eventually joined the force at Open Listings in Los Angeles.

During his time as director of growth there, the company was acquired by Opendoor. Through this acquisition, Kevin saw how precious smaller companies had become, as he watched one simply buy another. It was that revelation that led him to depart the company during the most tumultuous time of his life in 2020.

Building Something Strong in a Time of Instability

By all accounts, 2020 was a difficult year. But for Kevin, it was a time of immense growth and progress. Amid a global pandemic, Kevin saw an opportunity to build something new. With some established savings, connections, and business partner Jon Zacharias, he began building GR0.
‍
Both Kevin and Jon had experience with online marketing — specifically by utilizing search engine optimization — and began offering these services to smaller businesses that found themselves desperately needing an online presence while brick and mortar stores were closed.
‍
With people quarantined in their homes, Kevin and Jon’s new company worked with small businesses to continue building awareness and driving revenue, even as in-store sales plummeted. They developed content with thoroughly-researched keywords, and earned massive results for their clients in need. The key to their strategy was building high-value partnerships between media organizations and brands to help achieve goals on both sides, and it worked!

Another revelation that came about in 2020 was the push toward a work-from-home environment. Kevin found that he could not only work with clients from around the world, but employees as well, and was able to hire the best talent, even if they weren’t living in the city of angels.
‍
This flexibility was key to GR0’s operation, enabling it to expand at a rapid pace. They quickly partnered with companies like Theragun, Pressed Juicery, Universal Music Group, and more, aiding them in increasing their organic traffic and giving them high-quality written content in major publications.
‍
Kevin and GR0 have been able to connect all of these brands with premiere media outlets to offer high-quality coverage of their services and create valuable content to help bolster Google rankings. One of the projects he is proudest of is his work for ritual.com, where he single-handedly build the SEO engine within the company and helped them reach the #1 Google ranking for “vegan prenatal vitamins.”
‍
As an interesting case study, Kevin went so far as to build a website that could help count words, track keywords, and even generate words from letters for games like Scrabble called The Word Counter. It wasn’t just a fun side project, the website also served as a proof of concept and a way to put his SEO work into practice. In just 12 months, he was able to gain 25.6 million impressions and 111,000 total clicks from scratch. With GR0, he developed a link-building program that was 70% HARO, 20% press releases, and 10% organic guest posts; all this just to build an example of what he can do for all of his clients.
‍
Of course, founding and building GR0 has never been easy work, but it’s some of the most rewarding Kevin has ever done. Through hard work and strategic thinking, Kevin and Jon have nimbly maneuvered their company through difficulties, and have already found massive success and acclaim. In 2021, Kevin was awarded a Glassdoor Employees’ Choice Award as a top CEO, and received a 100% approval rating from anonymous and voluntary employee reviews on Glassdoor.

Kevin’s passion for helping others in the small business space has never wavered, and he does more than just partner with them. Kevin is an investor in over a dozen companies, including Gryphon Digital Mining, Rosaluna Mezcal, Ampla, and Wunder.
‍
To him, these companies are innovators within their industries and work to build high-quality products that help make the world a better place. Gryphon is working to be the first vertically-integrated crypto mining organization, and Rosaluna is a product made with the tradition and heart that all should strive for.
‍
Kevin isn’t investing in these companies just with the hopes of turning a profit, he genuinely wants to support businesses like the ones he worked for back in San Francisco and give them a fighting chance.
‍
With the power of his own business, he can help build up others like him and even set them up for success with GR0’s unrivaled SEO prowess. For him, it’s part of a cycle where successful innovators and entrepreneurs work to help fledglings find their way.
‍
Kevin will always remember the scrappy young guy fresh off the plane from Florida arriving in D.C., or the young college grad landing in the new world of San Francisco. He wants to find the people out there who are like the person he used to be, because his motto has always been to pay it back, and he has no intentions of slowing down.

kevin featured in the news...

Get Started
We pay attention to details, treat our clients like family and deliver results. Period.
Book a Demo